I knew this day would come!!! Ever since I discovered the powerful ability of EFT to change what most people believe is unchangeable and remove the limitations we all suffer with,  I’ve been waiting patiently for the biohackers of the world to find EFT.

You see, I think I’m in a rather unique position to predict this particular co-mingling.  I’m a holistic nutritionist that’s always had an interest in what some call the “meta-physical”  meaning beyond the physical-whatever that may be. I studied Reiki, BodyTalk and eventually energy work with EFT (Emotional Freedom Techniques) to help myself and my clients deal with subconscious blocks, limiting beliefs and energetic barriers.

But, I’m also a personal trainer and a CrossFit trainer and I’m highly involved in paleo, ancestral and ketogenic eating.  The biohackers like Dave Asprey and Tim Ferriss are regulars in this world and I’ve been following their work for years now.

So I knew the day would come when these intelligent guys that are always looking for the minimum effective dose of ANYTHING, and finding new ways to hack the human body and mind would EVENTUALLY stumble onto EFT.  In my opinion, EFT is probably the most effective, fastest tool to overcome the subconscious, limiting beliefs that most of the world tries to CBT, exercise, eat and medicate it’s way out of.

You can imagine my delight last month when I saw that Tim Ferriss was interviewing none other than Gabor Maté!  I had the great pleasure of being Dr. Maté’s volunteer at a keynote talk he gave at the Energy Psychology Conference in 2011 and I’ve followed his incredible work for years. In fact, it was Dr. Maté’s work that educated me on the real roots of addiction that I teach in my EFT practice.    I could relate SO well when Tim got into a “therapy” session with Dr. Maté in this interview…ha, I feel your pain brother!

But the BEST part of the entire interview for me was when Tim began asking Dr. Maté for his suggestions on just what someone could do to alleviate the childhood trauma that he so eloquently described as being the crux of most major illness including addiction.  When he listed “EFT tapping” as one of those tools I nearly started jumping up and down!

Have a listen for some sheer brilliance about addiction and the roots of ADD/ADHD as Tim and Dr. Maté explore this important topic!

As if THAT weren’t enough, just this past weekend I “accidentally” (I don’t really believe in accidents) found an ENTIRE episode on EFT on Dave Asprey’s Bulletproof Radio that had just been recorded! Yeah, baby..EFT just got exposure to MILLIONS of people that are interested in being their best selves and I couldn’t be happier about that.

EFT has been steadily growing for years now so I knew it was just a matter of time before these two worlds found each other and it feels like a turn in the tide for EFT and energy psychology!

Today I’m going to give a presentation to an entire school of kids on EFT and I know that it will make a difference for many of them.  It may even change the course of their entire lives for the better.  I’m honored and humbled to be part of a growing, powerful movement that has the ability to change our world.

Help me spread the word!

If you’re new to these sessions please read the disclaimer here before participating.
In this call I share my own experiences with learning about my needs and how to authentically connect with other humans by letting myself be open and vulnerable.  We naturally build a wall around our hearts in response to pain and rejection, and the foundational bricks in our wall are generally put in place in childhood.  Even an imagined slight could cause us to retreat and start “bricking,  as a friend of mine calls it.  When we resolve those old feelings of pain and rejection we pull out the bricks and when we remove enough of them, our wall comes tumbling down and we’re able to love with our whole hearts, knowing that the pain of possible rejection is just the price of admission, but it’s totally worth it.

I reference this incredible video from Brene Brown in the call, so I suggest you start here and then tap along with me on a brick from your wall.

If you’re new to these sessions please read the disclaimer here before participating.

In this call we worked on more of that primitive, caveman brain programming. This time specifically on feeling threatened by other women. It’s just not reasonable to go through life feeling threatened due to old hind-brain programming so we’re going to do our best to delete and erase the old programs that cause feelings of jealousy when our partners interact with people that make us feel threatened. This call will be equally helpful for men that experience feelings of jealousy or intimidation from other men!

Keep in mind that life experiences will also be important players in contributing to feelings of jealousy or threat, so don’t forget to work on your personal peace procedure to clean up your specific events to get the most out of this general, hind-brain programming session!

If you’re new to these sessions please read the disclaimer here before participating.

In this call we talked about setting the intention to see a problem area in life in a different way, and how that plays out for me in my own experience.
We also tapped and worked through a common pattern of “It’s never good enough”. This pattern shows up for A LOT of people due to well-meaning parents that were always trying to help you do something “better”, like get better grades or tie your shoes better, or be a better person. Unfortunately, many of us got the message that nothing we did was ever “enough”. Even worse is if you had a parent that was overly critical and never gave you any positive feedback. It’s a recipe for disaster and can show up in our adult lives as perfectionism and procrastination, constant self-doubt and even anxiety. Join me as we clean the slate one story at a time.

If you’re new to these sessions please read the disclaimer here before participating.
Short-term vs. long-term gain

This may be one of my favourite topics. In fifteen years of working with clients to help them change their lifestyle habits, the most common block I’ve seen is our natural, hind-brain, pleasure-seeking behaviours that sabotage our long-term success.

Here I discuss a new approach to evolving out of our hedonistic drives that get in the way of being the healthy, happy, productive people we really want to be. 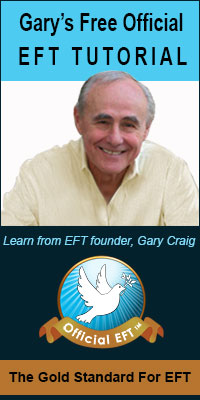